A Metra train at the Irving Park station in 2010. Photo by Eric Pancer.

Richard Garza, 56, of Wilmette, Illinois, was hit by a Metra train on the UP-Northwest route at the Irving Park station (3931 N Avondale Avenue) on Friday, November 23. The three tracks are on an embankment and viaduct, and there is no pedestrian crossing. Assuming the train was on time, this happened at approximately 18:17.

To augment the Fatality Tracker posts, I am develop an online spreadsheet so that key research data can be accessed. View it here; keep in mind that not all persons are yet included.

* The information is only accurate as of this post’s publishing time. View previous Fatality Tracker posts. 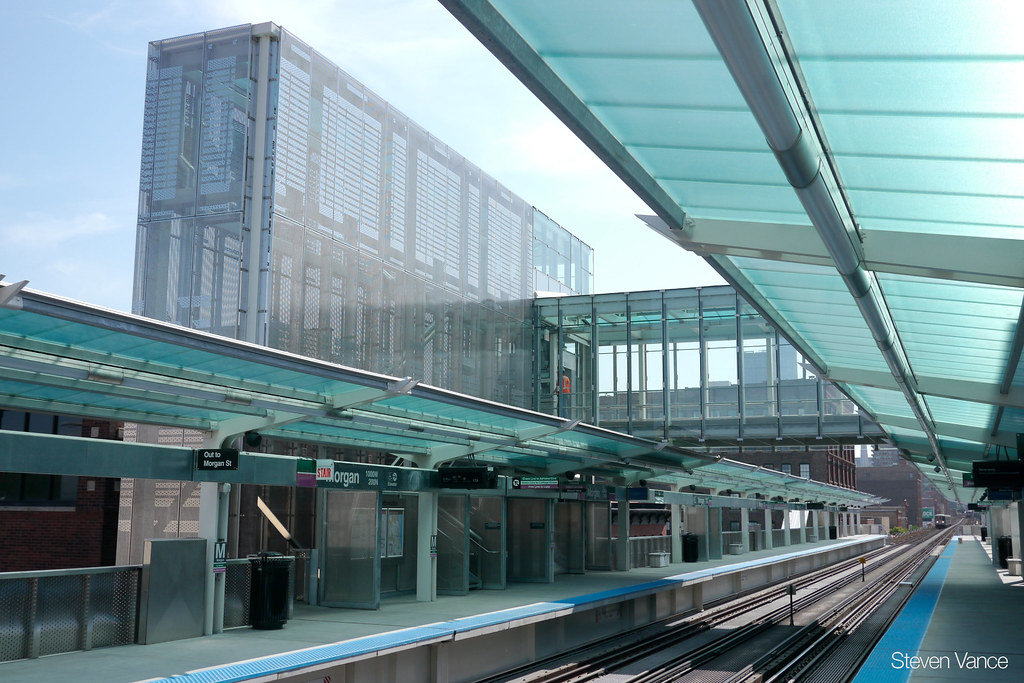 END_OF_DOCUMENT_TOKEN_TO_BE_REPLACED

A new intermodal link at Congress Parkway and Financial Place, leading passengers up to Metra platforms, as viewed from the northwest.

If there were a contest for “best hidden train station in the Loop,” the dubious winner would be Metra’s LaSalle Street station. Have you ever tried and failed to find this station, or had to give extremely detailed directions to help someone else find it? If your answer is “yes,” you’ve got lots of company.

So why is it such a mystery?

Much of the signage directing “potential” passengers is small, placed in mid-block locations far out of visual range from adjacent intersections, and doesn’t follow the design standards of Metra signs. The station itself is tucked and hidden behind the Chicago Board Options Exchange; the platforms are also above ground with a single point of entry. This aerial view gives you a point of reference. END_OF_DOCUMENT_TOKEN_TO_BE_REPLACED