Bicycle signals on Dearborn Street at Madison Street were turned on as of Wednesday. Photo by Kevin Zolkiewicz.

Meeting minutes for the September 2012 can be downloaded (.pdf); read our recap of it.

A few months late, the Streets for Cycling Plan 2020 will be released today, including a Bicycle Facilities Guide designed for all Chicagoans that shows the new facility types being installed on Chicago roadways and how to use them (no matter your transportation mode).

The current focus is on finalizing the contract with Alta Bicycle Share. Chicago Bicycle Program coordinator Ben Gomberg said they would finish selecting the sites for bike sharing stations in January or February. Gomberg mentioned that Alderman Pawar is using menu funds to purchase 5 stations for the 47th Ward; Bill Higgins, a transportation planner in Pawar’s office, said that the “shortening” of the Chicago Transit Authority’s (CTA) 11-Lincoln bus route (eliminating it from a 3 mile stretch between Western/Lawrence and Fullerton Avenues) was a basis for buying the stations. Alderman Moreno is also using menu funds to purchase 2 stations for the 1st Ward. DePaul University, Gomberg said, was interested in purchasing 3 stations.

No mention was made of the investigation by the Chicago Inspector General. Jane Healy, an activist from Blue Island, Illinois, and a board member for Active Transportation Alliance, asked if there was a timeline. Luann Hamilton, Deputy Commissioner of Project Development at the Chicago Department of Transportation (CDOT), replied that there wasn’t one.

The cost of purchasing an additional station (there will be 300 purchased by the City in the first year an additional 100 kiosks in the following year) is $56,000, which includes 19 docks and 15 bicycles; there’s a discount if you buy more than one. CDOT will not be charging an operating fee to those entities who purchase kiosks, a policy in place at the Washington, D.C.-centered Capital Bikeshare program.

CDOT is looking for an organization to sponsor the bike sharing program. Citibank paid $41 million for the naming rights in New York City: “Citibike”.  END_OF_DOCUMENT_TOKEN_TO_BE_REPLACED

Andrew Bayley’s ward map jigsaw puzzle. This and most photos in this post are by Bayley.

It was a blast from the past when Andrew “Cooter” Bayley, an old bike messenger colleague of mine, asked me to pedal the torturous boundaries of the newly redistricted First Ward with him. Back in January, just after City Council approved the new ward map, Bayley made headlines by using a computerized laser-cutting program to turn the map into a handsome, 50-piece Baltic Birch plywood jigsaw puzzle.

“I thought the new map was ridiculous, so I turned it into puzzle,” explained Bayley, who currently interns at an architecture firm. “Now I want to explore the interaction between this particular form of gerrymandering and the urban infrastructure that defines it.”

END_OF_DOCUMENT_TOKEN_TO_BE_REPLACED 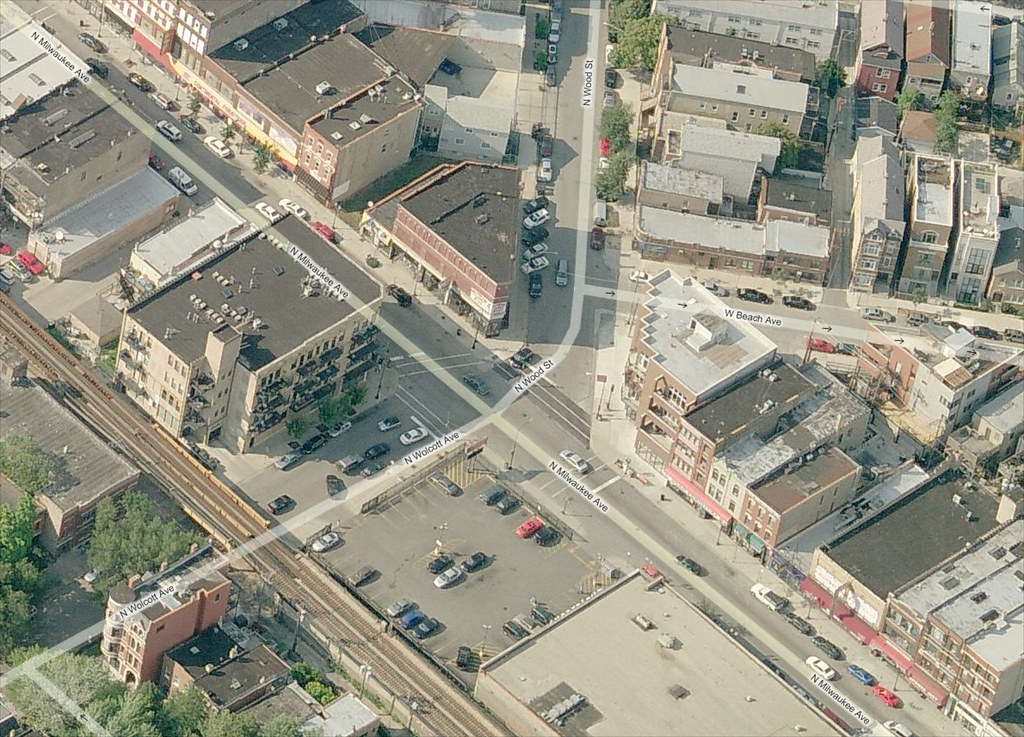 END_OF_DOCUMENT_TOKEN_TO_BE_REPLACED

This article will be updated a few times after publishing while I gather all the information. All regular city council meetings are streamed live with video and transcript and that is where I am getting all of the information.

Alderman Cardenas of the 12th ward speaks in support of the speed camera ordinance.

Bike sharing passes City Council, 46-1. Alderman Robert Fioretti (2nd) was the sole alderman to vote against the ordinance. The system will launch in September 2012.

Margarent Laurino (39th, chair of the committe on pedestrian and traffic safety) gave a prepared statement.

Colón (35th) talks about his experience in Seville, Spain, in March 2011. The city made investments in bicycle facilities, and bike sharing, and saw an enormous increase in the number of people cycling there.

END_OF_DOCUMENT_TOKEN_TO_BE_REPLACED

As Grid Chicago readers know, the ciclovia (Spanish for “bike path”) movement started in Bogotá, Colombia, decades ago, with that city shutting down a network of roads to car traffic to allow citizens to stroll, jog, bike, dance and hang out, encouraging healthy recreation, social interaction and commerce. Nowadays Bogotá holds a ciclovia every weekend on a 70-mile network, drawing millions of participants. END_OF_DOCUMENT_TOKEN_TO_BE_REPLACED

Last Friday’s ribbon cutting for the new on-street bicycle racks at Milwauke/North/Damen in Wicker Park, the first in the city, was a bittersweet occasion for John.

As many Grid Chicago readers know, both John Greenfield and Steven Vance are veterans of the Chicago Department of Transportation’s (CDOT) Bicycle Program who worked on parking projects. Around 2004 the owner of Andersonville’s Cheetah Gym, 5248 N Clark, approached John about getting a 12-bike rack, which the bike program had in stock, installed in a car parking space in front of his business and even offered to pay for planters to protect the bikes from cars. END_OF_DOCUMENT_TOKEN_TO_BE_REPLACED